From spending Halloween wandering side-streets of Florence with a gelato larger than my face, my next destination was Rome. Jill and I had planned to meet up but we hardly knew what this city had in store for us. After a rendezvous at our AirBnB we caught the bus to the Altare della Patria: 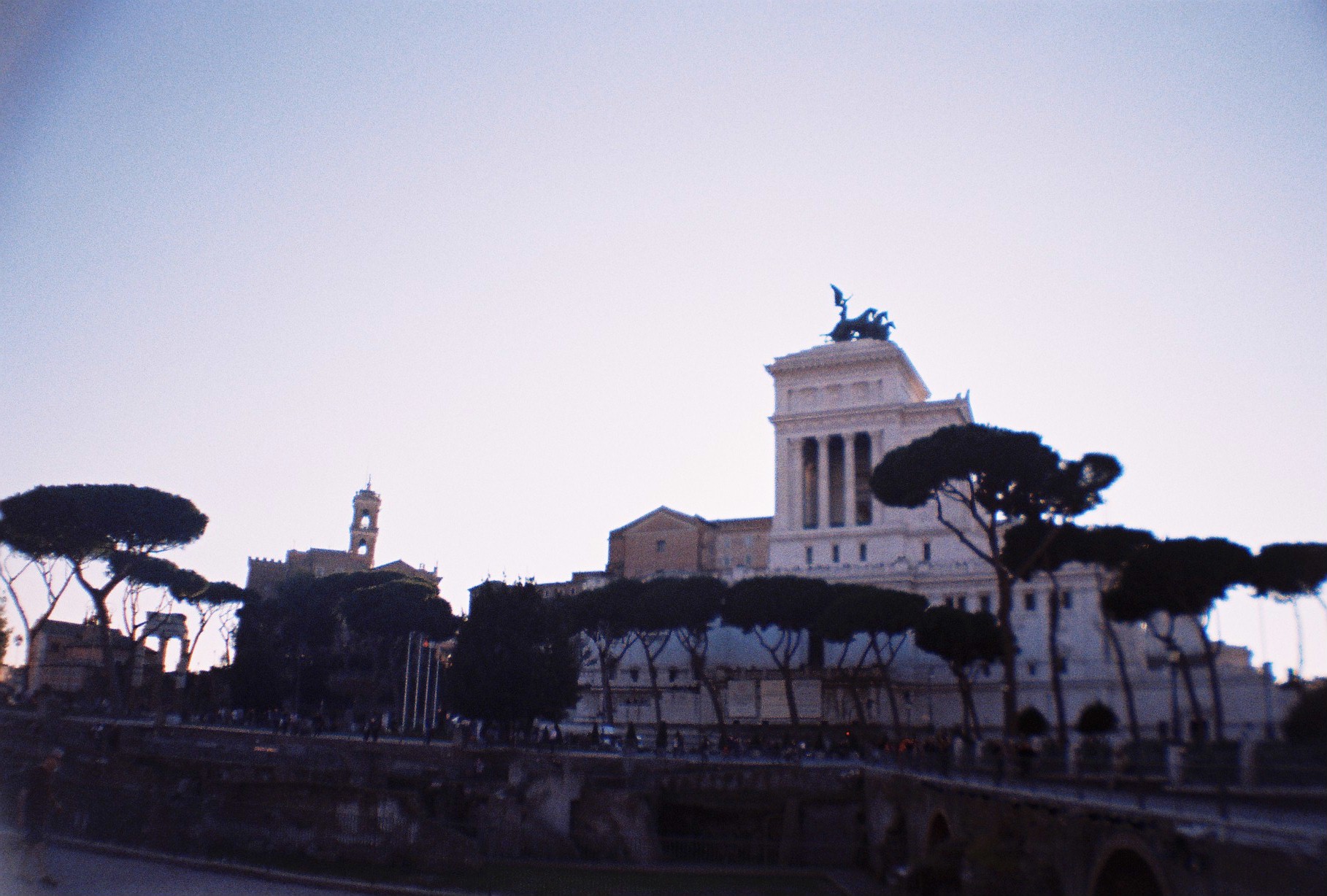 We kicked off our “what dreams are made of” adventure with a view of the city, and before we knew it we’d hit the Colosseum. 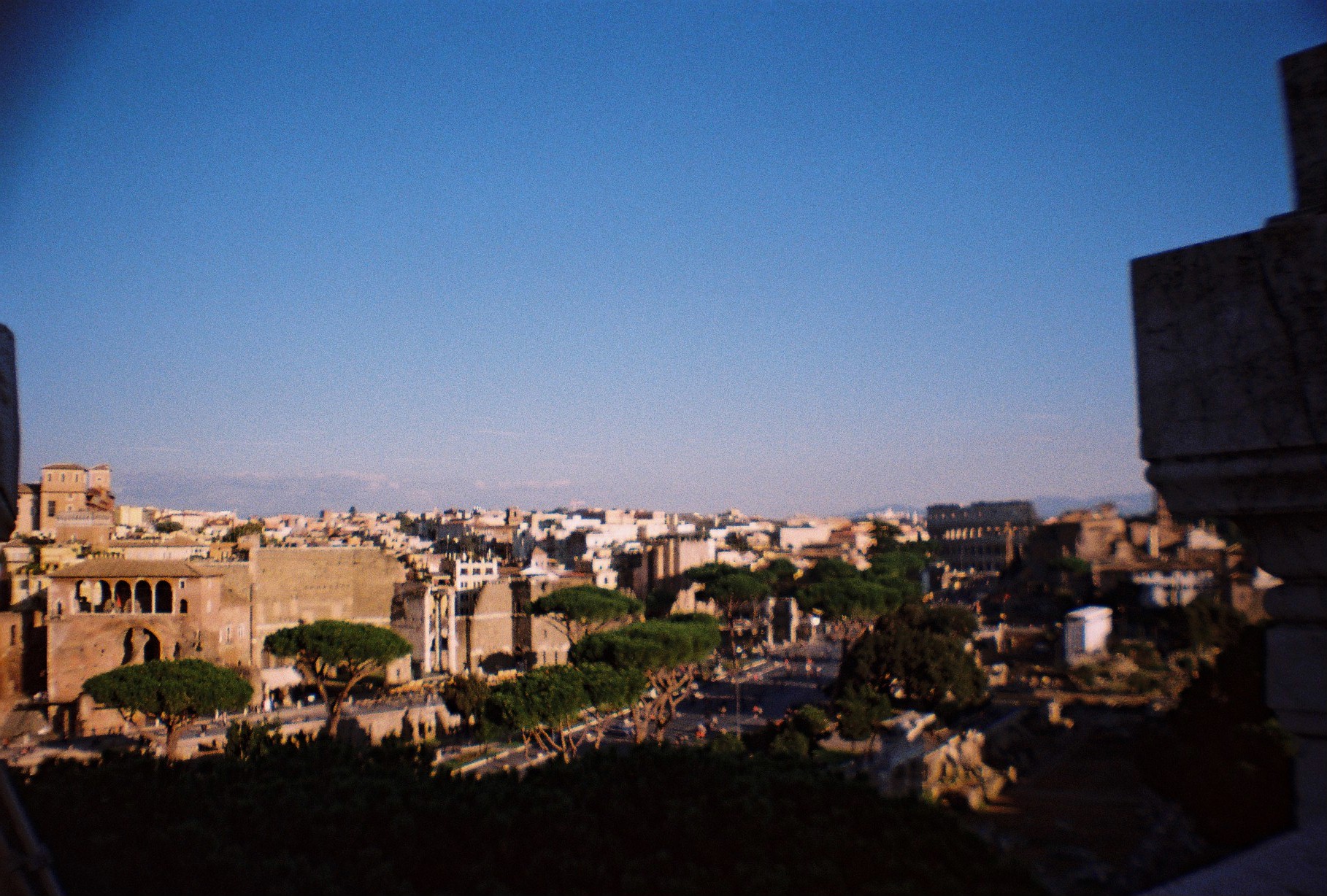 It would, of course, be better to observe and appreciate the amphitheater in all its grandeur over a delicious plate of spaghetti, we decided, setting the precedent for the rest of our Roman cuisine to reach this standard. When I say it succeeded… 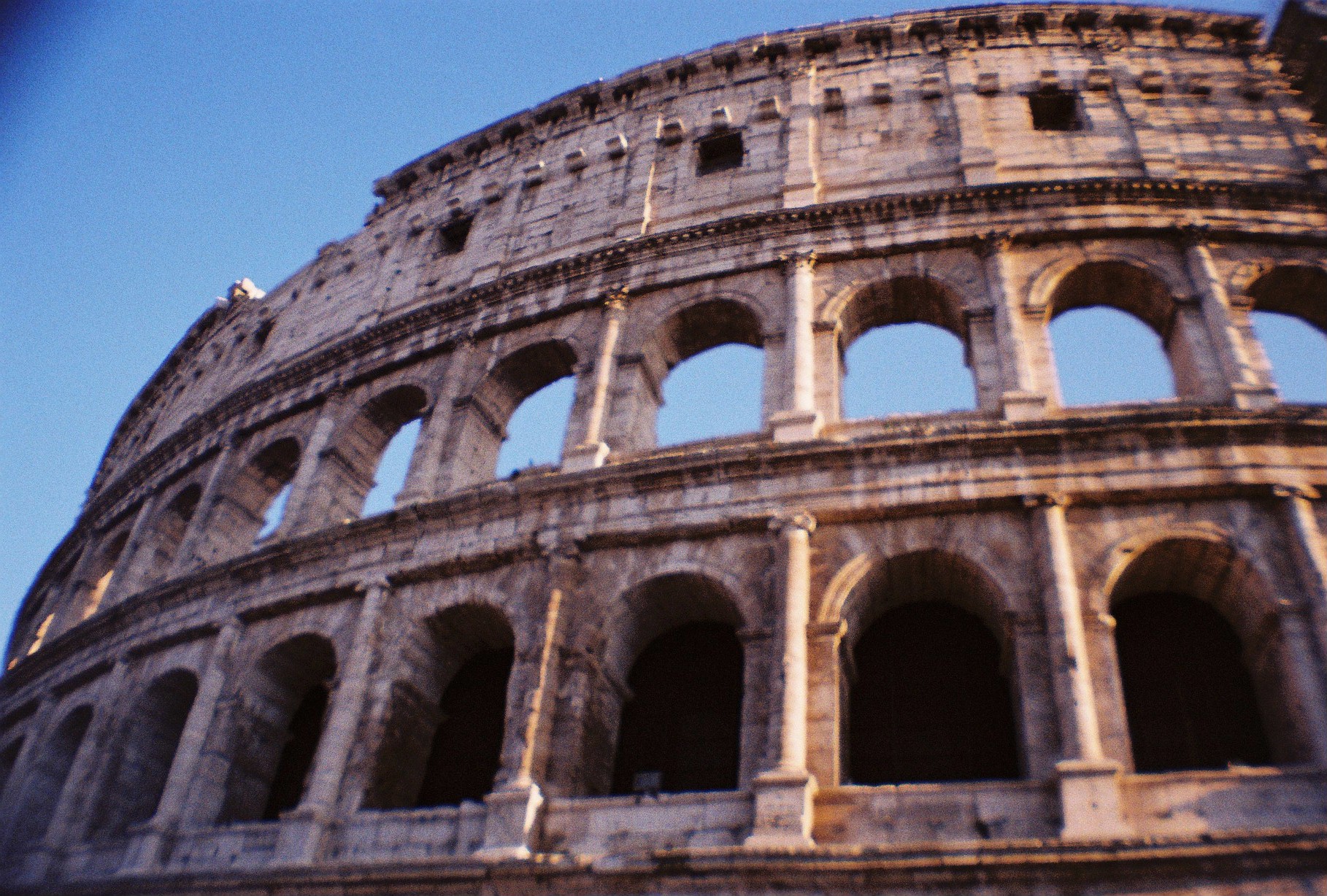 I don’t just mean in flavor. 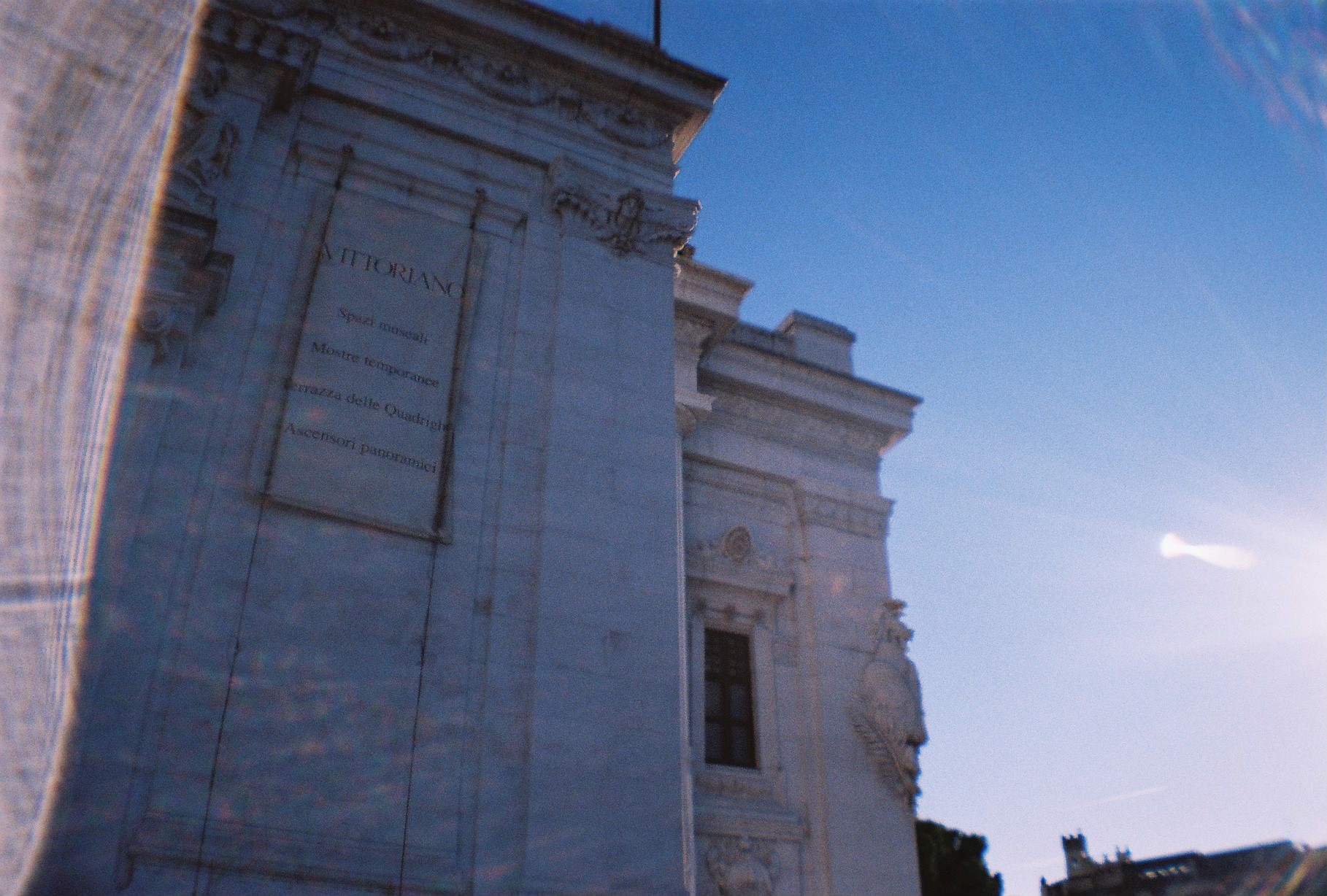 We challenged the possibilities of how much gelato one can eat in a day, and made some new friends along the way. 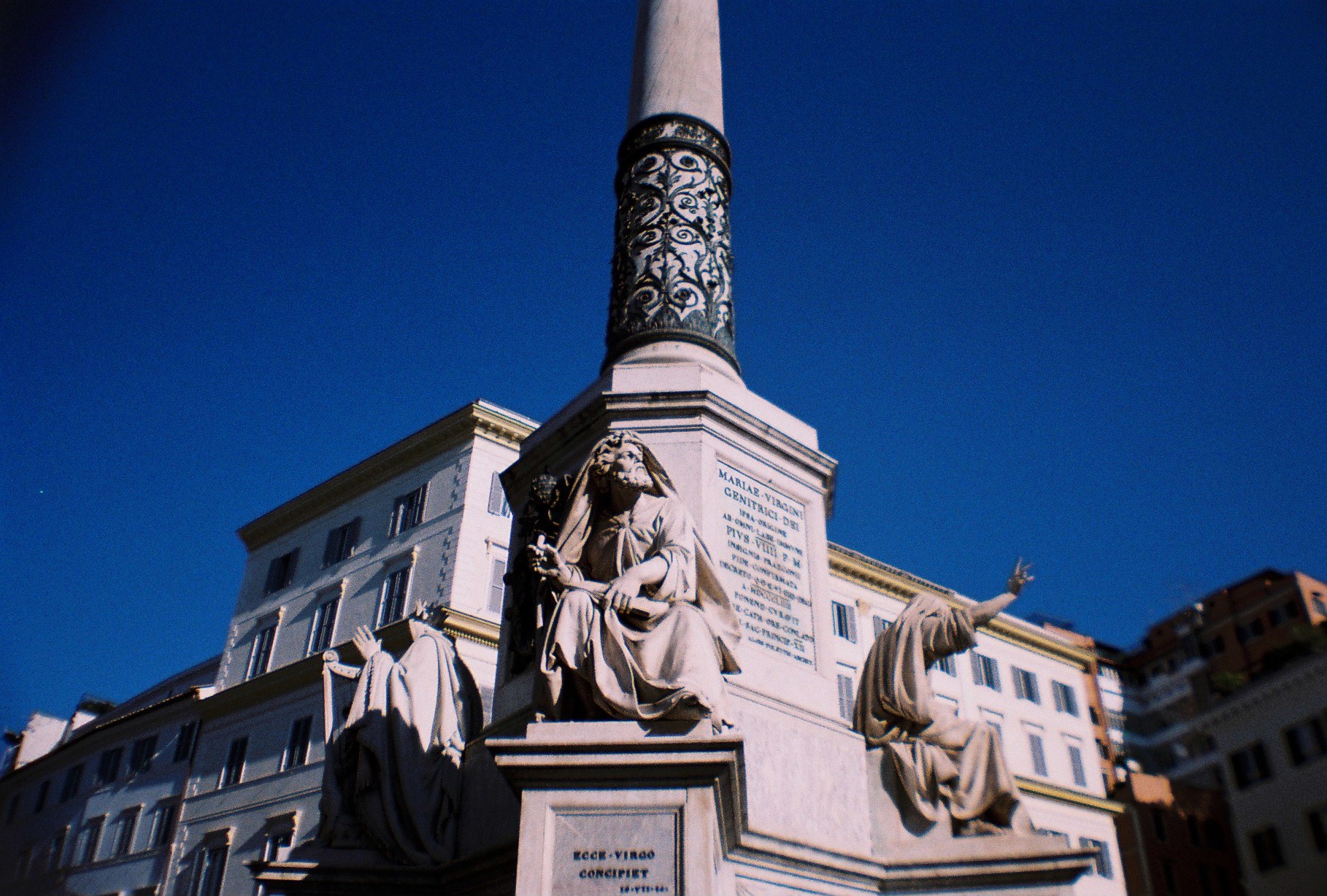 Rome is not lacking in cheap thrills. We found a free walking tour that departed from the under-construction-Spanish-Steps, and followed along until the fantasy of finding a Vespa swept us away. This new mission consumed our itinerary, so we did the most sensible thing a girl can do when in Rome: inquire with Italian doorman, Luigi, as to whether he knew where we could find a Vespa. 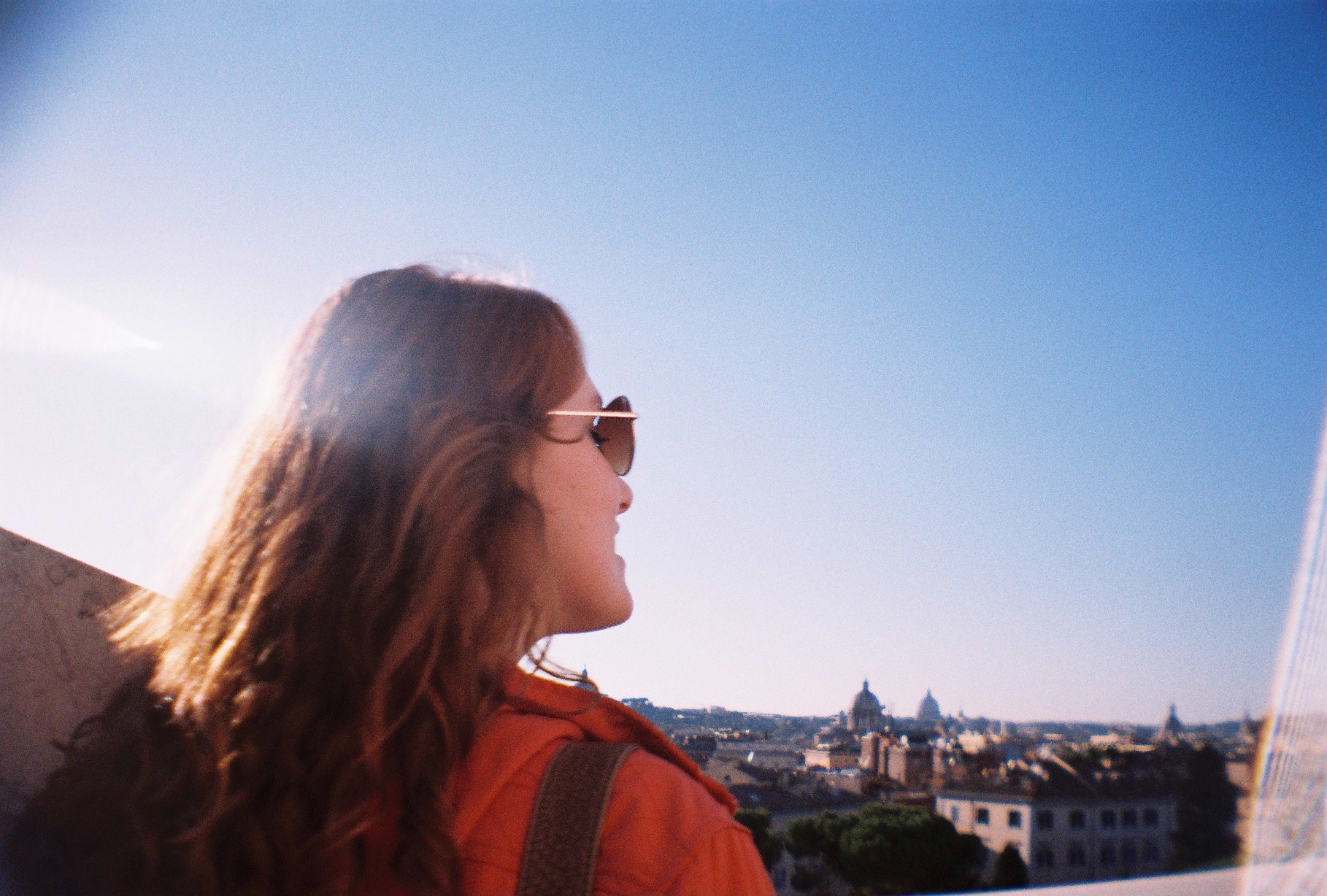 He didn’t, but he did lead the way to a spectacular panoramic view of the city atop his hotel. We enjoyed expensive wine and nothing else, due to our aforementioned frugality. 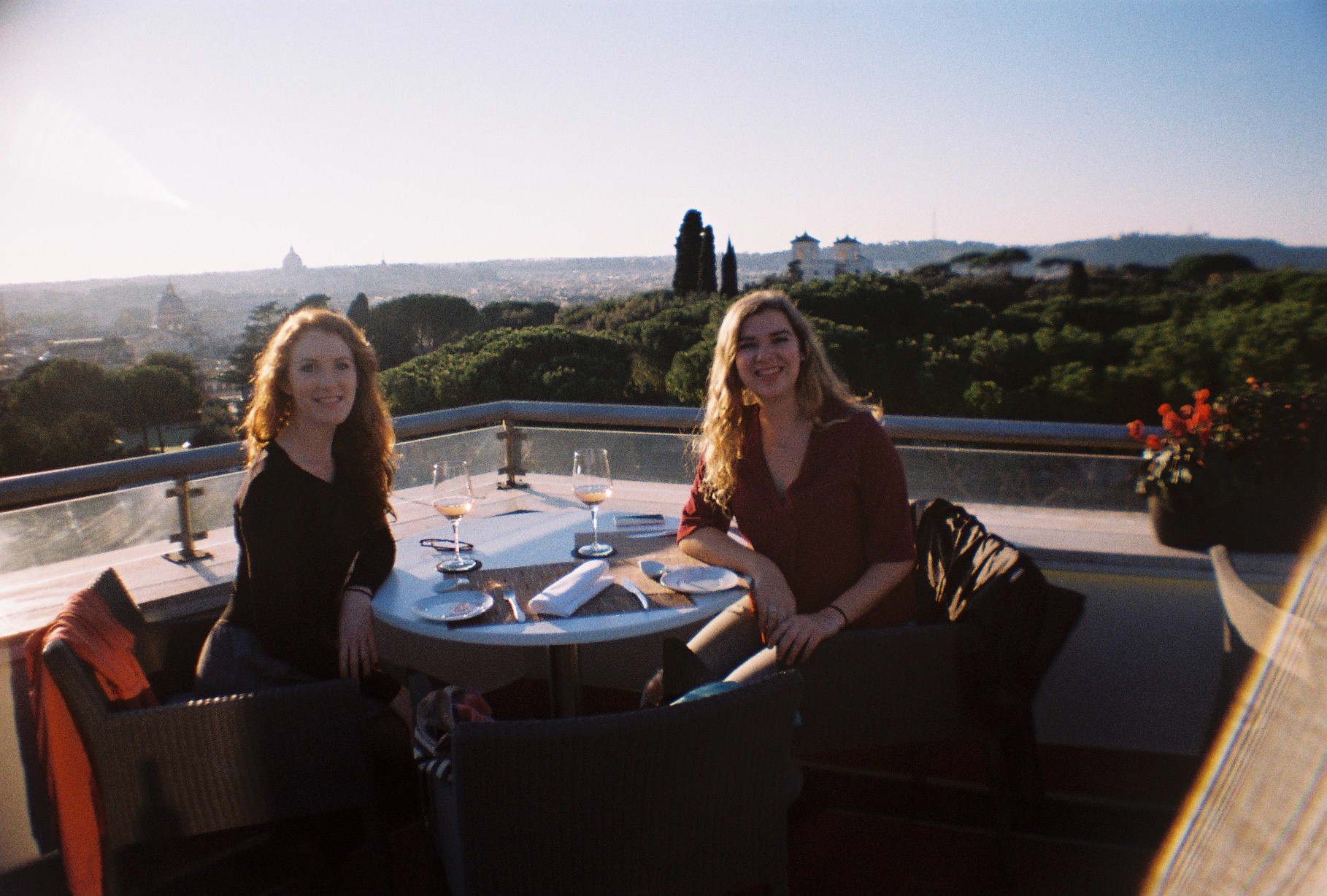 Unfortunately, we still hadn’t completed our mission. Based on inductive reasoning that Vespas are cool, we followed the logic that a young person might own a Vespa, and what better place to find a young person than at the university? A bus ride later and we wound up on the opposite side of town from our buddy Saint Peter and his Basilica, where we were lodging. 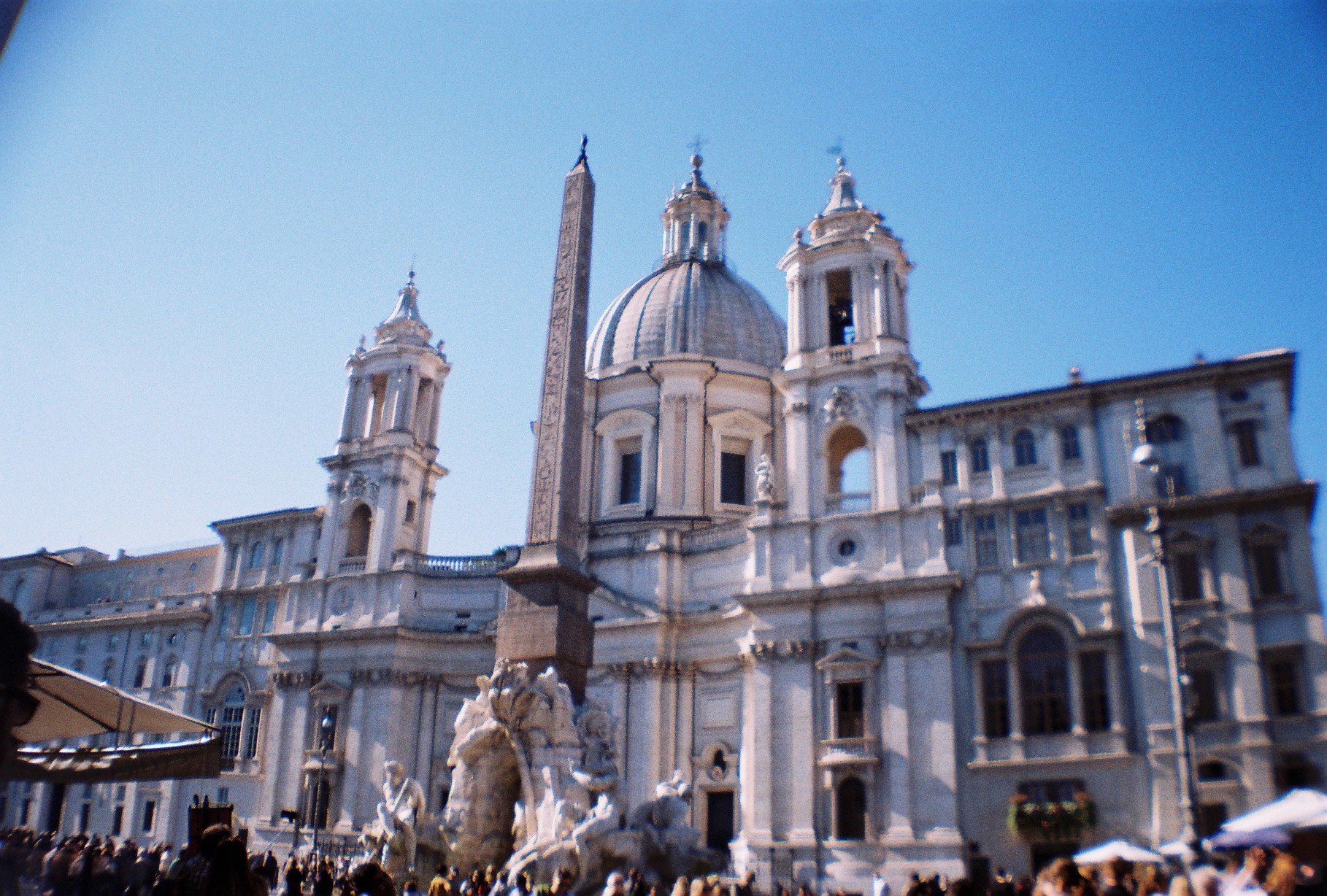 We stopped a young curly-haired man in the street to ask him for a Vespa. He laughed and told us that this was a pretty ridiculous request–those things are from the 70s, no one has one, except for maybe old people, but he does know a cool bar around here. We shrugged and followed his lead. 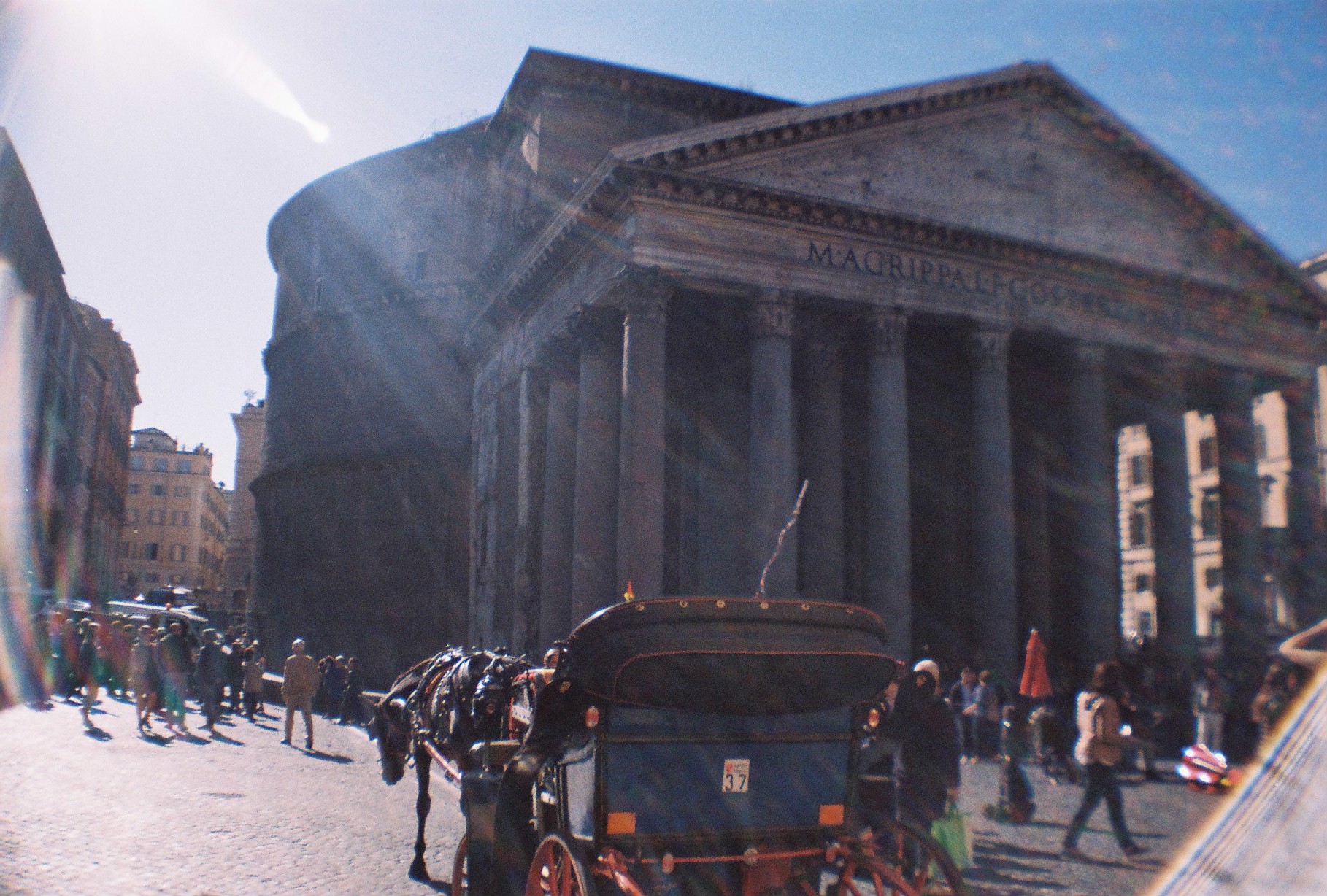 Our Rome-Savvy new Italian friend, Matteo told us about his university life, as we drank cheap beer at the student’s local watering hole. At the table next to us sat the most literary character any of us had ever seen. In a brown leather coat he hunched over a thick manuscript with a cigarette behind his ear and a glass of black coffee on the table before him. Jill dared me to introduce myself, which resulted in the acquisition of the following information: 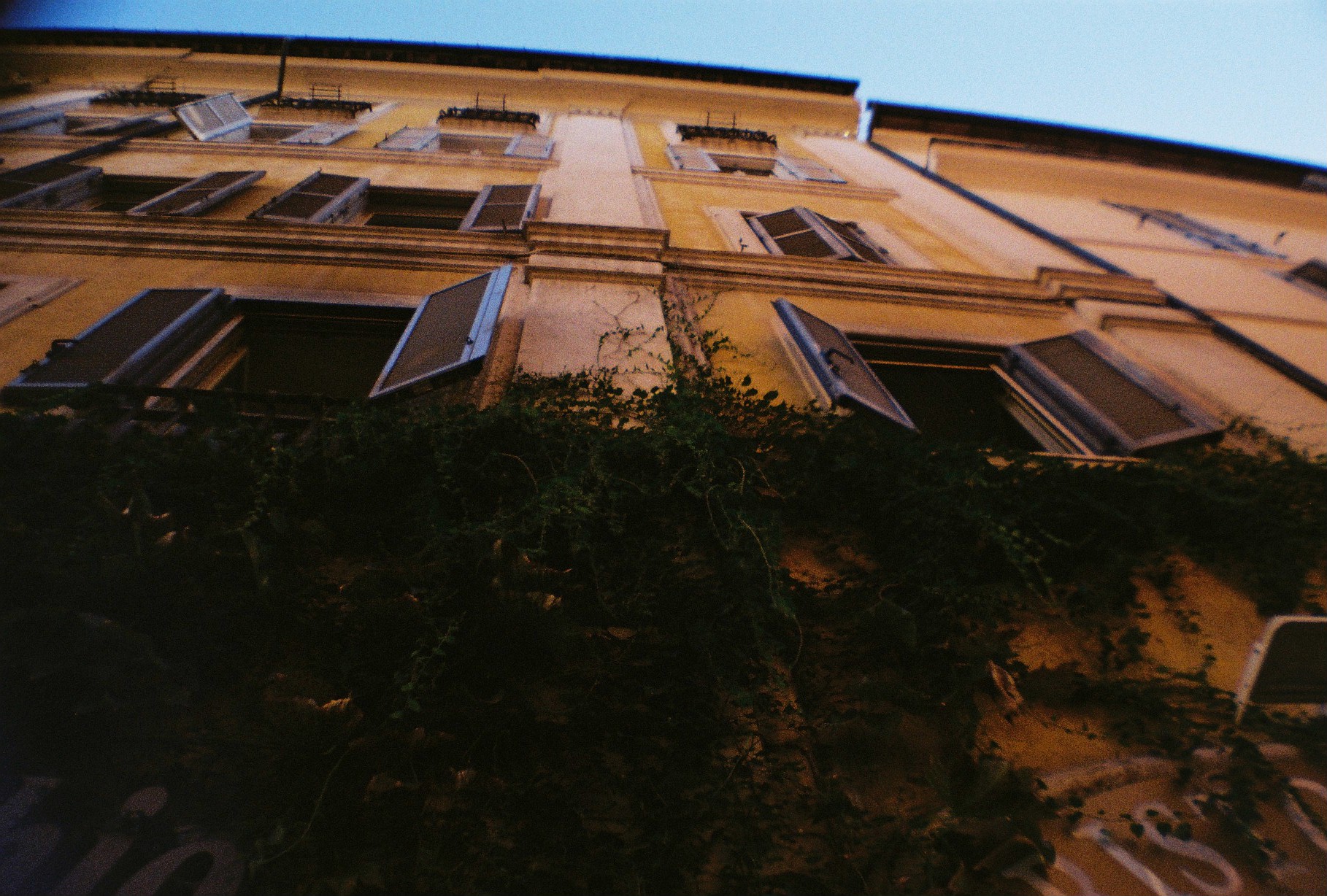 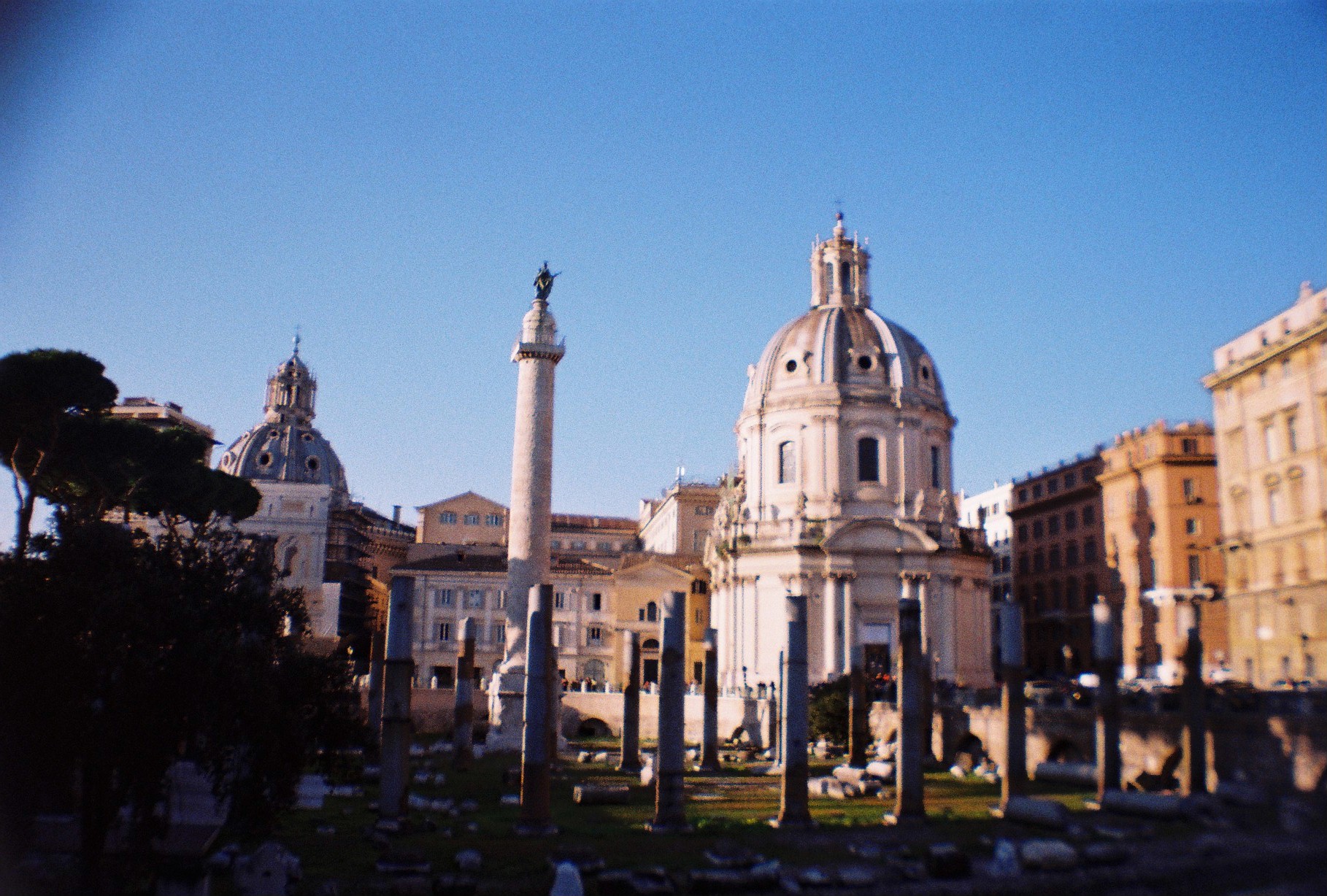 The Pyramid of Cestius, as he described, was technically a monument to death! And while that thrilled Gerd, we were happy enough to move on to our next destination, which was back to the AirBnb. Gerd did meet up with us again to give us a tour of a church whose exterior was composed of Latin graffiti. The profanities were immemorial! 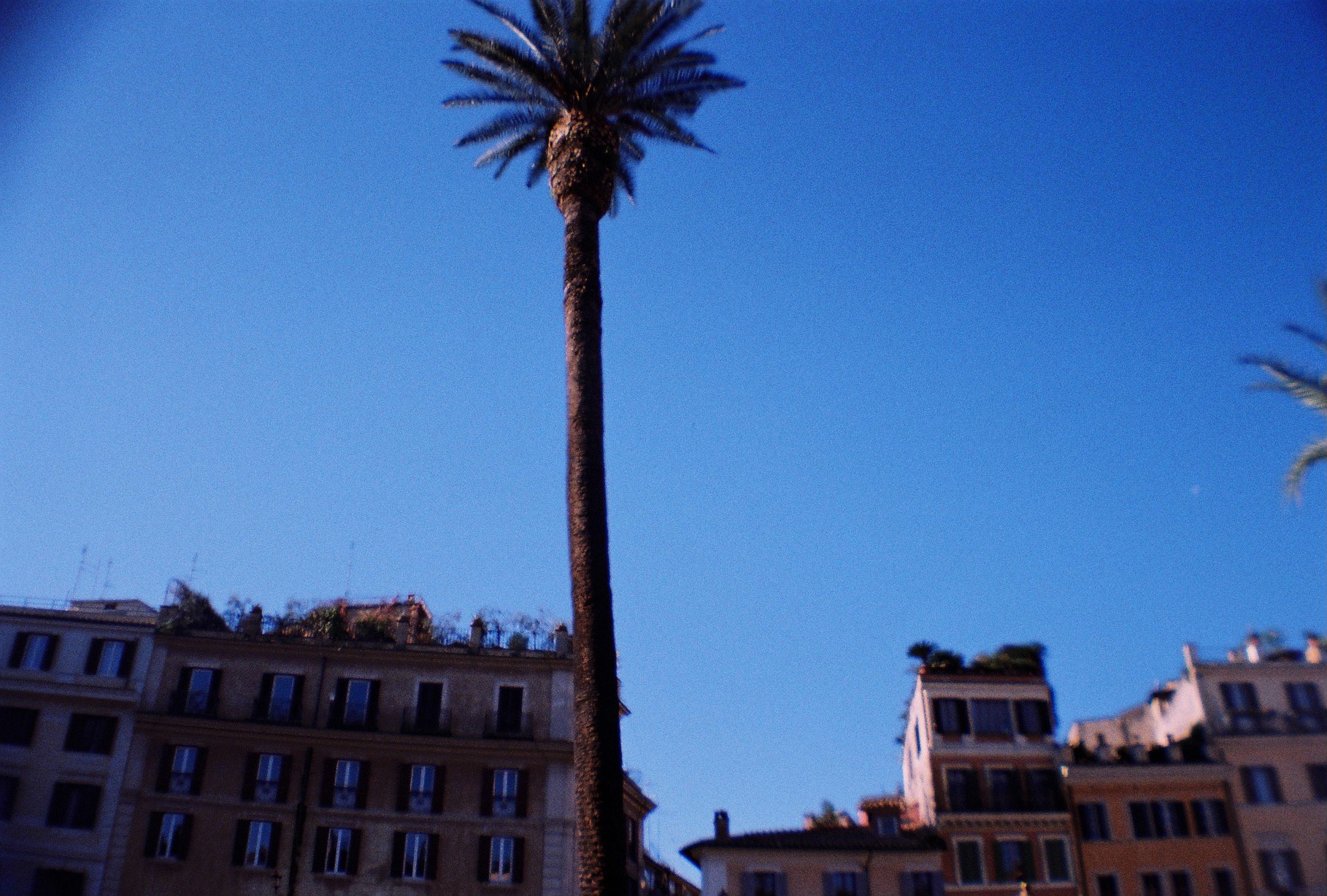 The next day, discovering that the Trevi Fountain was under construction, set to open the day after our departure, Jill and I still found a way get our Lizzie McGuire fountain moment, albeit through scaffolding. 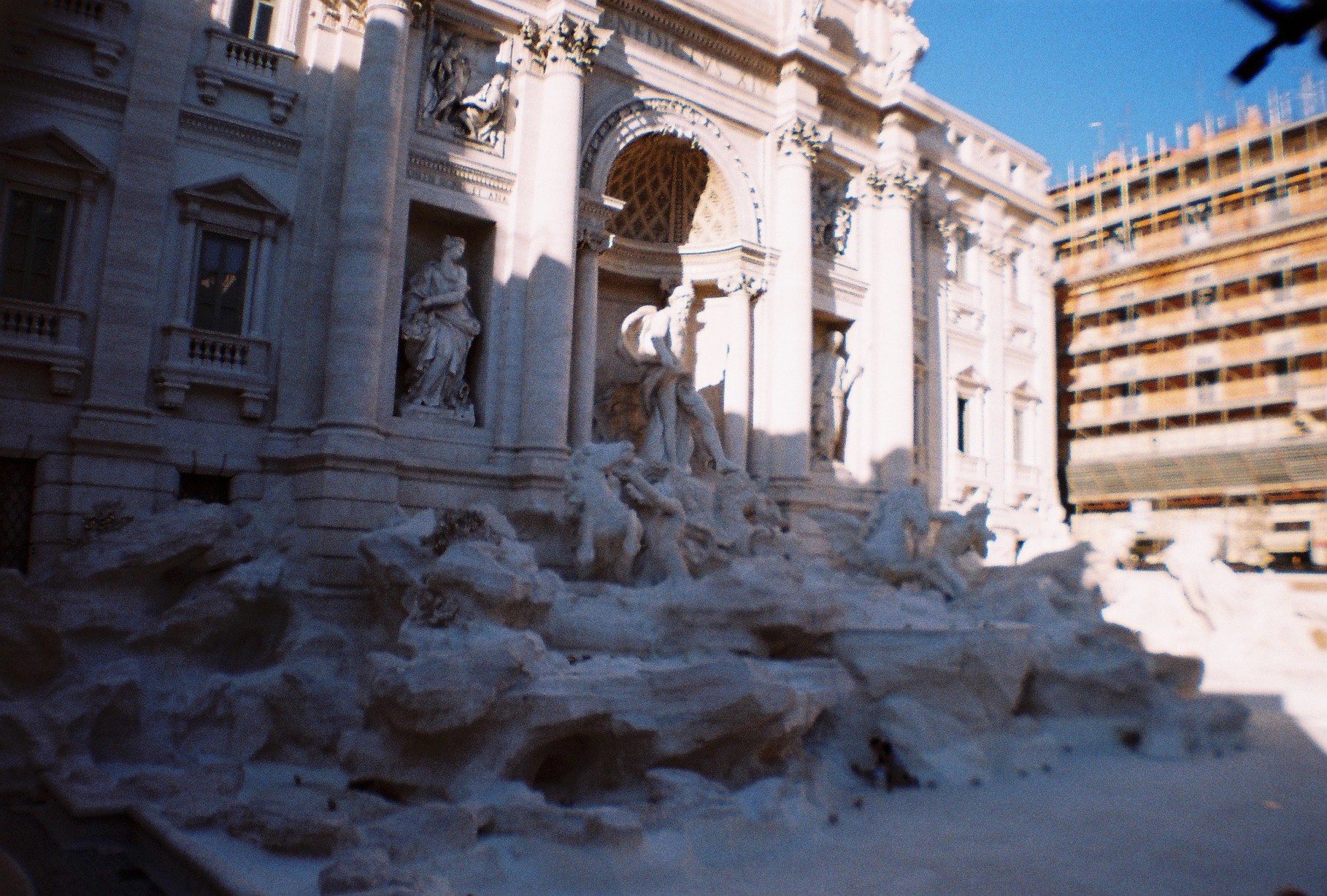 Observing the Pantheon, burial site of Raphael, we stood in awe under the great columns and contemplated art and the interior’s spectacular adornment from behind the lens of a selfie-stick, an impulse purchase from a really convincing street vendor the night before. Maybe not the most artistic approach to capturing our portraits, given the circumstance, but effective nonetheless. 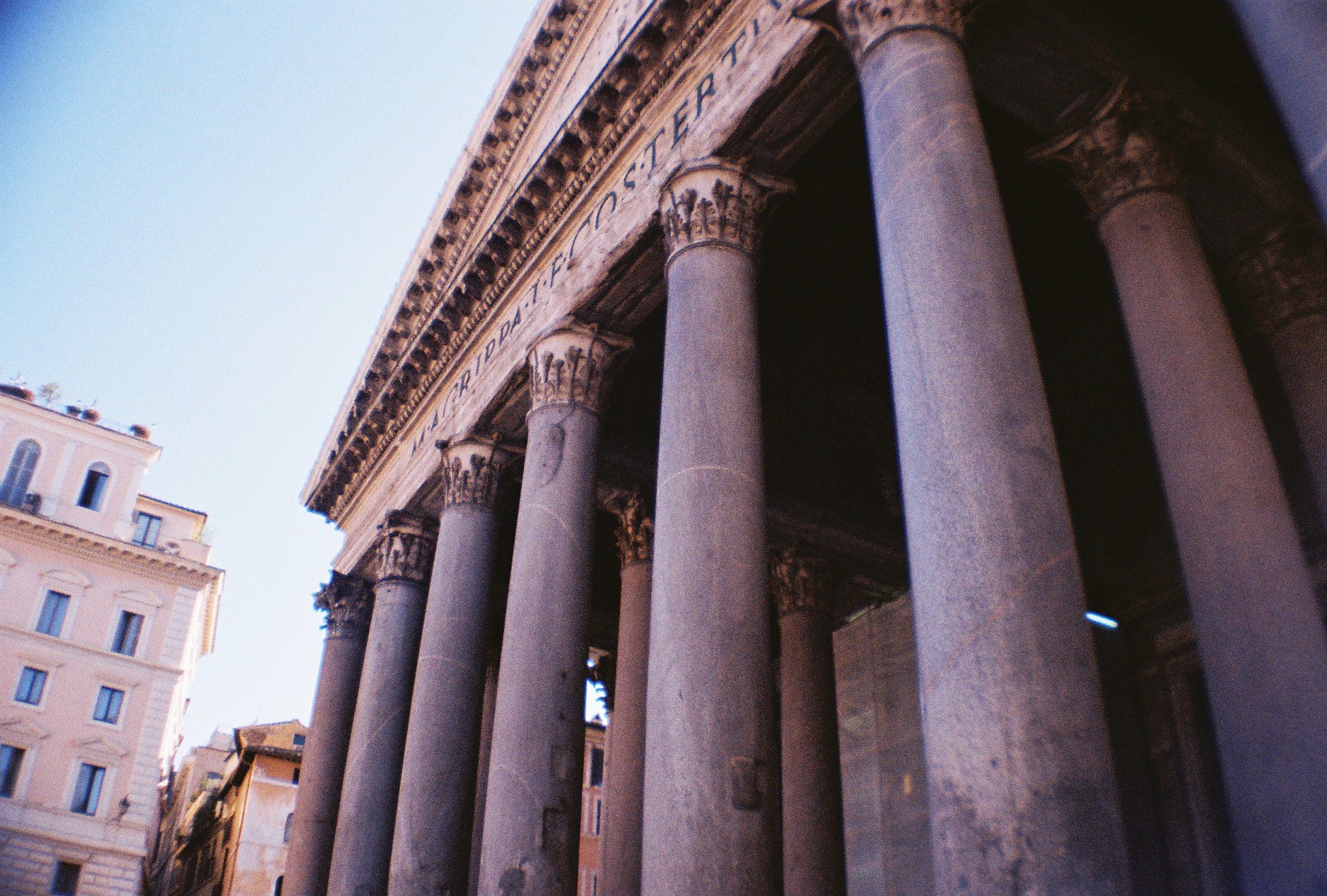 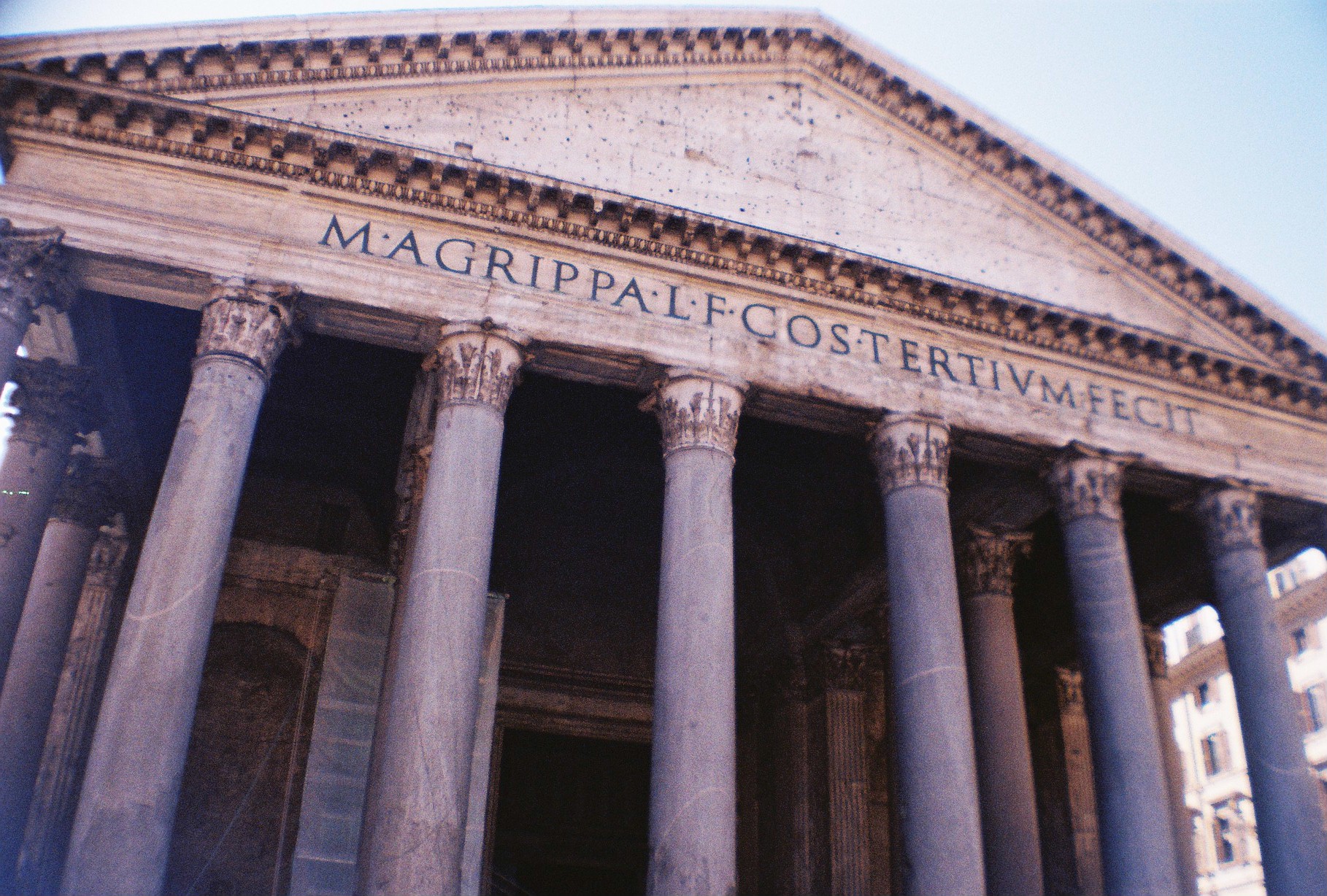 Needless to say, we ended the adventure with a final cone of gelato, after exploring the Piazza Navona and the Trastevere neighborhood. 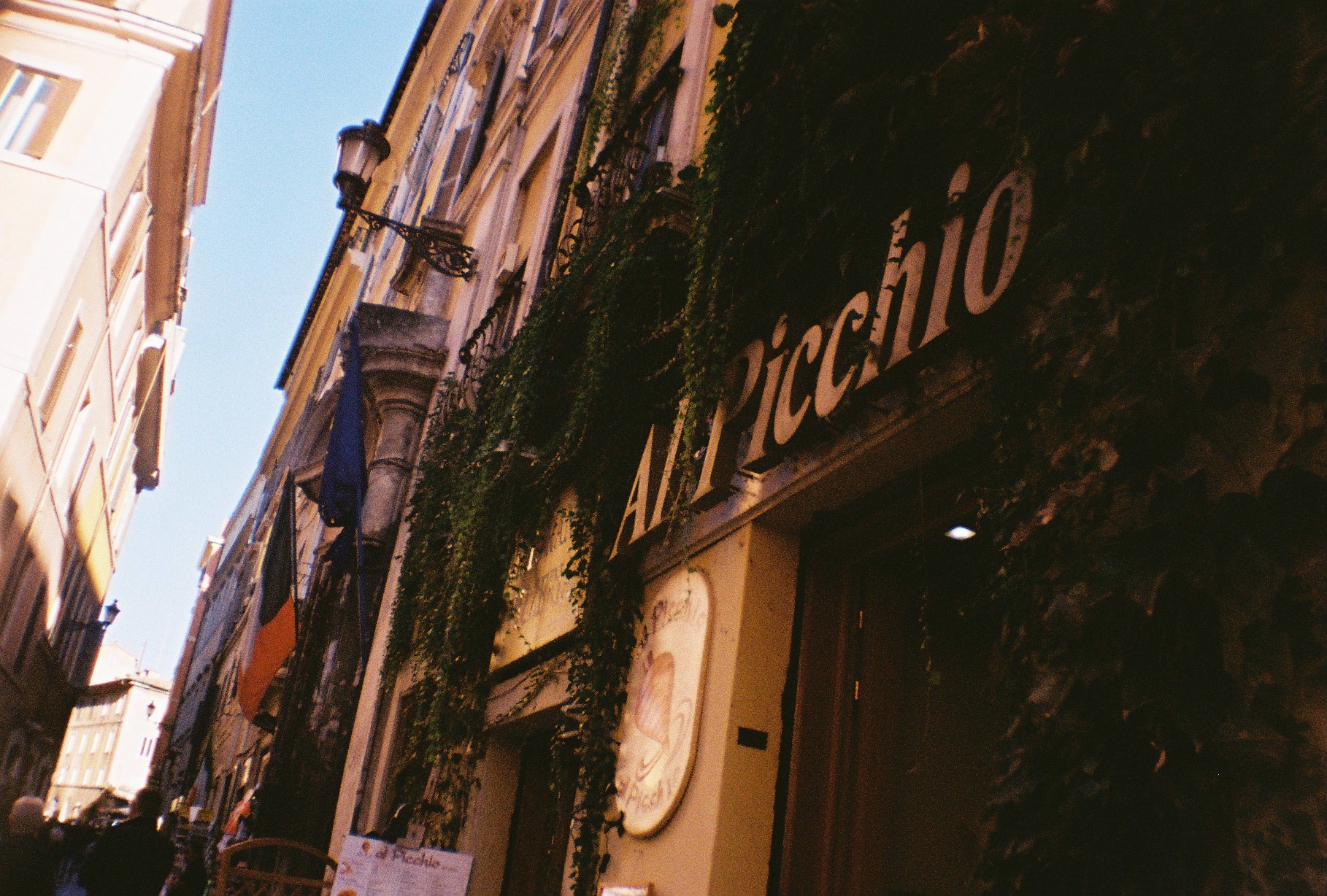 Rome, and Gerd, will be in our hearts forever. 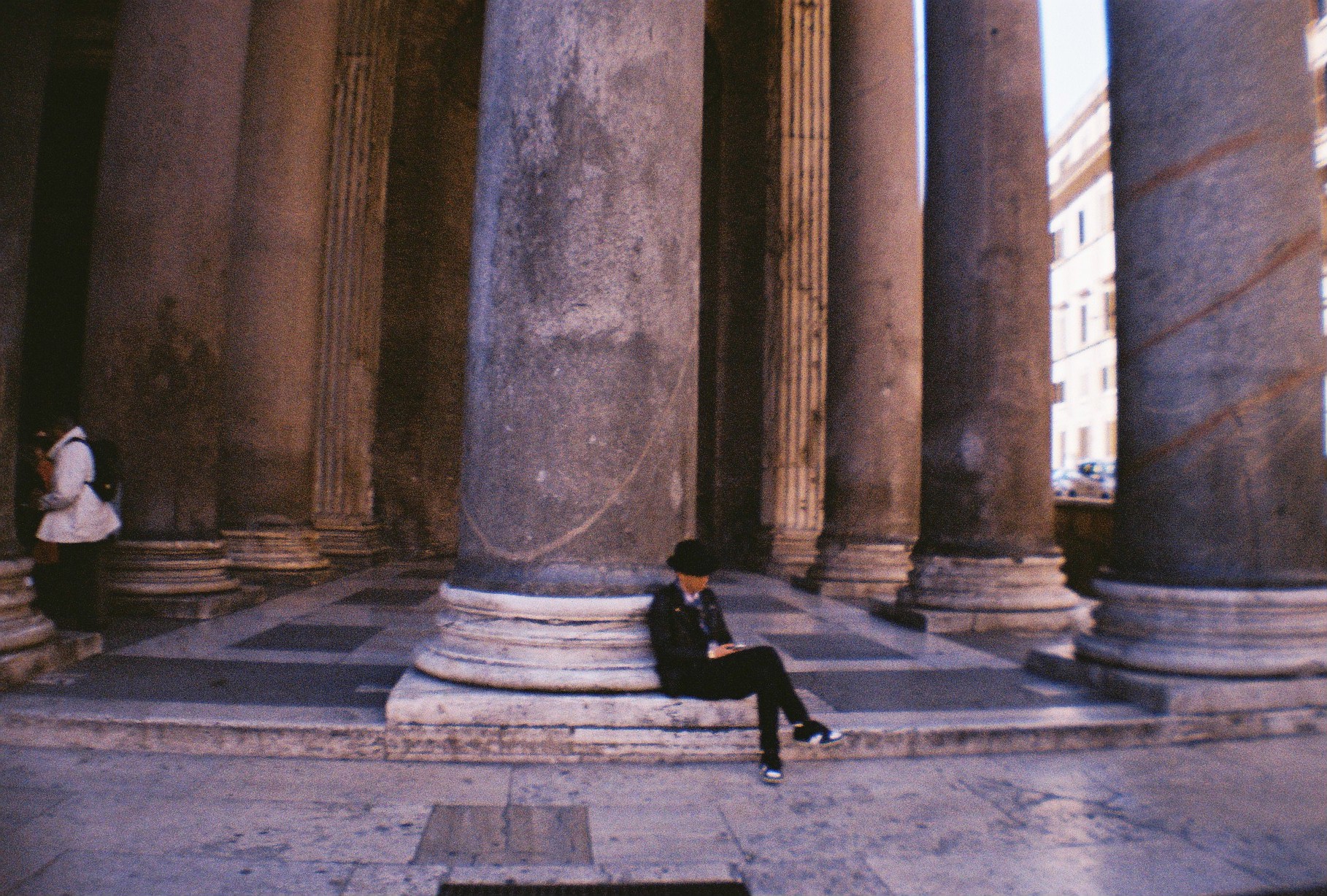 Annie proudly knows all the lyrics to Joni Mitchell's album Blue. When she's not writing, you can find her reading about intersectionality, drinking Lorelai-Gilmore-levels of coffee, and exploring the world.